Home » About Us » History

Normally, cabbages, carrots and coal don’t go together. But in the Woodruff family, that is the foundation of the business that is now Woodruff Energy. 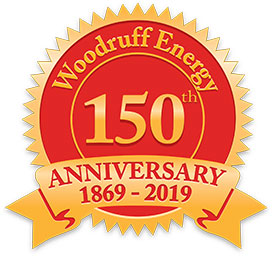 In 1869, John S. Woodruff had a produce shipping operation out of the family farm in Upper Deerfield Township and the family decided to add selling coal to their business as well. His son, Warren C. Woodruff, continued both businesses until the coal operations were taken over by George C. Woodruff. George moved the coal business off the farm and into Bridgeton, where it has operated at 73 Water Street ever since. George had an eye on growing the business, and in 1931 became the first coal dealer in the area to also sell fuel oil. Soon after that, he added heating system installation and service.

The post–World War II boom saw a big expansion for Woodruff Oil Company, as it was then called. George added air conditioning service to the company’s offerings. And when two members of the fourth generation of Woodruffs, J. Alan and Robert A. joined the company in 1959, the company began selling motor fuels and purchased the old Gulf Oil barge terminal, a large petroleum storage facility. Meanwhile they continued by expanding Woodruff Oil Company’s service area out to Salem County, Millville, Vineland, Elmer and other communities. 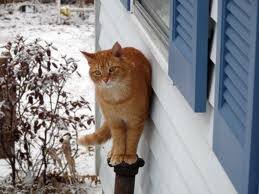 More Woodruffs joined the business over the years. In 1993, Robert A. Woodruff Jr. joined the firm as the fifth generation of Woodruffs in the business, eventually becoming president in 2009, succeeding his dad, Bob Sr., who retired in 2018 after more than 60 years of service to Woodruff Energy. During his tenure, Robert began the company’s natural gas operations and changed the company name to Woodruff Energy to reflect the company’s wide range of products and services. He also oversaw adding propane to the company’s offerings, and the joining of the digital age with an updated website that allows customers to pay their bills, order fuel and request service online.

Today, Woodruff Energy is a full-service energy company serving Cumberland, Salem, Gloucester and Atlantic counties, offering heating oil, propane, diesel and gasoline, as well as an HVAC department that does both installation and service, and a plumbing department. We also remain active in our community, supporting local sports, arts and service organizations.